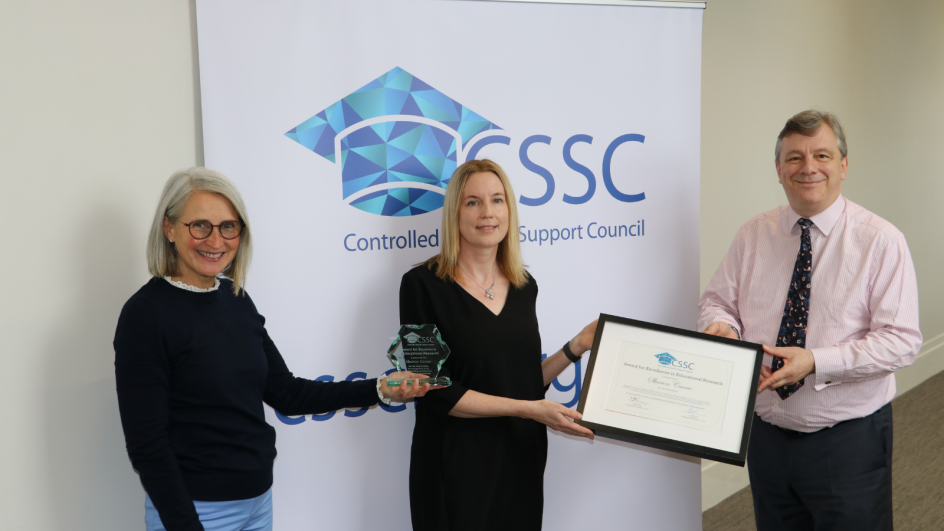 Please read the second of our series of articles, sharing the learning from a selection of nominated students nominated for the CSSC Award for Excellence in Educational Research.  This article is by Sharon Carew, Belfast Metropolitan College.

Contrary to the stage or phase-based models of spelling, emerging studies show that spelling development is not linear and, in fact, involves a complex interplay of phonemic, orthographic and morphemic knowledge right from the beginning (McMurray, 2020; Treiman, 2017; Devonshire and Fluck, 2010; Apel, 2009; Bourassa & Treiman, 2001). Yet the importance of phonemic knowledge in literacy acquisition has taken a primary role in policy and practice in the UK and it has been argued that the predominance of a synthetic phonics approach in the teaching of spelling has led to the over-simplification of spelling and possible entrenched difficulties (McMurray 2019). This study aimed to identify the sources of knowledge used in spelling by children in Year 4 and Year 5 (who had been identified as having literacy difficulties) when writing independently.  The study investigated sources of knowledge used in spelling before specialist literacy intervention from the Education Authority’s Literacy Service and post-intervention.  An experimental group also benefitted from use of the Wordshark online reading and spelling software during this time.

How was the research conducted?

Samples of 88 anonymised writing samples were collected in October 2019 to analyse the sources of spelling knowledge present in the writing and then again (post-intervention) in January 2020 to review how this had developed. It was anticipated that baseline samples of independent writing would indicate the previous instruction that the children had received prior to beginning the intervention with the Education Authority’s Literacy Service.  As well as synthetic phonics, the pedagogy of emergent writing has gained prevalence in primary education in Northern Ireland in recent years (CCEA, 2008) and it was hoped that the impact of this on handwriting ability would be evident in the independent writing samples.

What were the results of the research?

Only 4 of the 88 children in this study used a cursive writing style despite research highlighting the kinaesthetic value of cursive writing in supporting spelling (Cochrane and Saunders, 2012; Wray and Medwell, 2008; Montgomery, 2007). Concerningly, 77% of the samples revealed issues in handwriting which is higher than expected co-occurrence rates in learners with dyslexia presenting with dyspraxic-type difficulties (approximately 50%). Analysis of the handwriting difficulties revealed lack of automaticity with letter formation, as well as issues with size and position of letters and the study explored the cognitive demands that these difficulties place on spelling when writing independently.

Findings from this study reflect earlier research that in order to be able to spell, children need spelling instruction that integrates phonemic, orthographic and morphemic knowledge and motor processing from the beginning (Adoniou, 2014; McMurray and McVeigh, 2014; Devonshire et al., 2013). Finally, it is important that the teaching of phonics is at all grain sizes (phonemic; onset and rime; syllable and whole word) and not solely at the level of the phoneme.