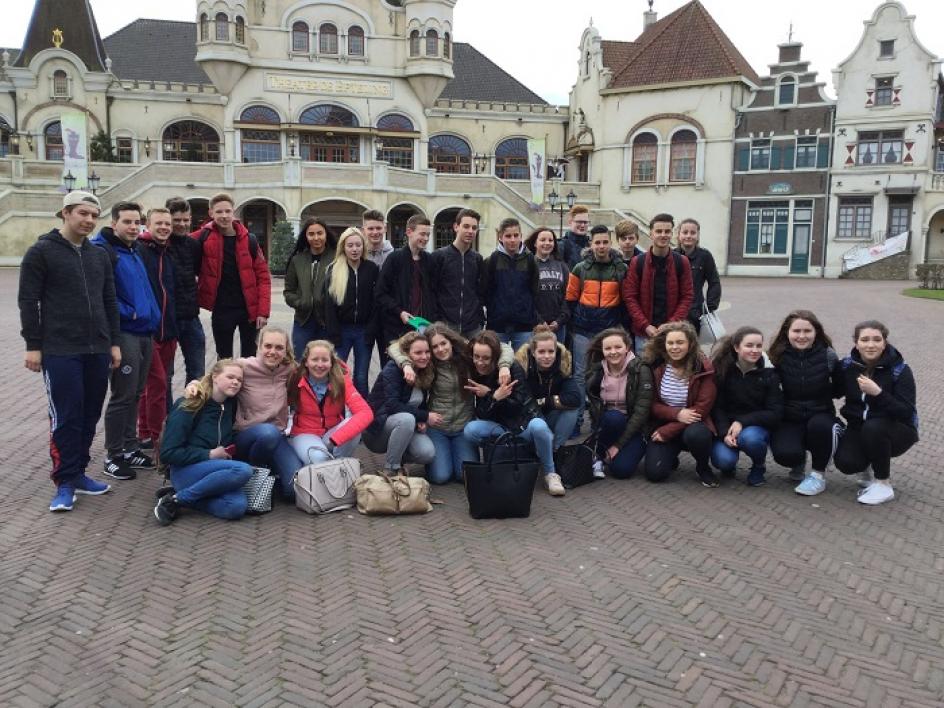 Local students from Devenish College and St Joseph’s College in Enniskillen have had a fantastic opportunity over the past 15 years to learn about Dutch life and culture.  The two schools have an exchange programme with Dr Mollercollege’ school in Wallwick, Holland.

Dr Mollercollege first approached the principals of Devenish College and St Joseph’s to take part in the programme in 2003. Pupils from the three schools have participated in the annual programme every year since the partnership began.

In the first part of the programme pupils and teachers from Year 11 in Devenish College and St Joseph’s travel to the Netherlands. They spend four or five days immersed in Dutch culture, including living with the students’ families from the host school.

“Participating in the exchange programme is first time many pupils will have experience of another culture,”

“The whole experience, especially living alongside Dutch families, teaches pupils cultural lessons they would not be able to learn in a classroom or from a text book”,

There has been a busy programme of events and activities over the years of the project. Pupils typically spend a day at Dr Mollercollege where they will have a Dutch lesson and a history lesson about Holland. They also visit historic sites including Anne Frank’s house, Dam Square and Camp Vught, Holland’s only concentration camp.

Social activities to build relationships, including bowling, cycling and a trip to Efeling Theme park, are also included.

For the second part of the programme the Dutch pupils and their teachers travel to Enniskillen. Once again pupils stay with the families of pupils from St Joseph’s and Devenish College. The trip incudes visiting sites such as Enniskillen town, Devenish Island and Derry/Londonderry.

“Pupils have the opportunity to see the world from a much broader perspective and learn the importance of building relationships with people from other countries and cultures”.

“The exchange programme is a super opportunity for students to broaden their horizons in a cross-community sense but also to open an international dimension to their studies. Many of our students have remained in contact with their peers in Holland and in Fermanagh and have established lifelong friendships that would not have existed otherwise”.