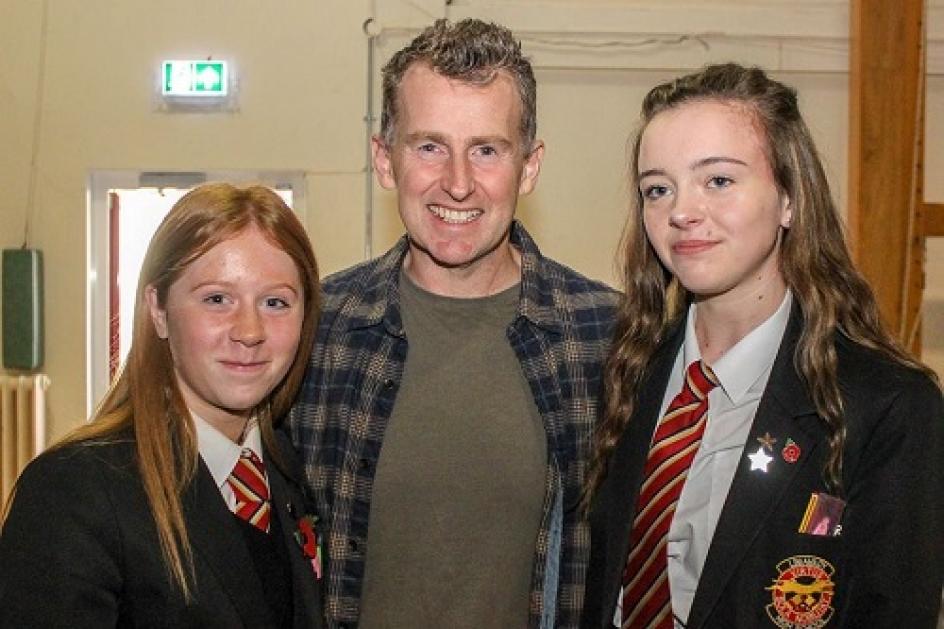 As part of the Roe Valley Learning Community, pupils from all local post-primary schools had the opportunity to listen to international rugby referee Nigel Owens MBE.

In conjunction with the Limavady Initiative for the Prevention of Suicide (LIPS), pupils and staff listened to Nigel giving a very personal account about his life on and off the rugby pitch.

Nigel gave a flavour of his own personal struggles around his experience of bullying at school and the impact of choices that he made not only on himself but also his friends and family.

The Chair of the Roe Valley Learning Community and Principal of Limavady High School Mr Darren Mornin stated that “as we move into Anti Bullying week the message that Nigel gave today was very timely.  All pupils in all schools struggle at times and the advice that Nigel gave this morning was to stand up and speak out, and have sound values of respect for each other.

“He also emphasised it’s not a weakness to tell, it’s a sign of strength and no matter what you end up doing with your life, make sure you are just a decent person.”

Sam Barr from LIPS also spoke to the pupils about his personal experience and reinforced that everyone at some stage in their life will experience difficulties and that they needed to reach out and speak to someone.