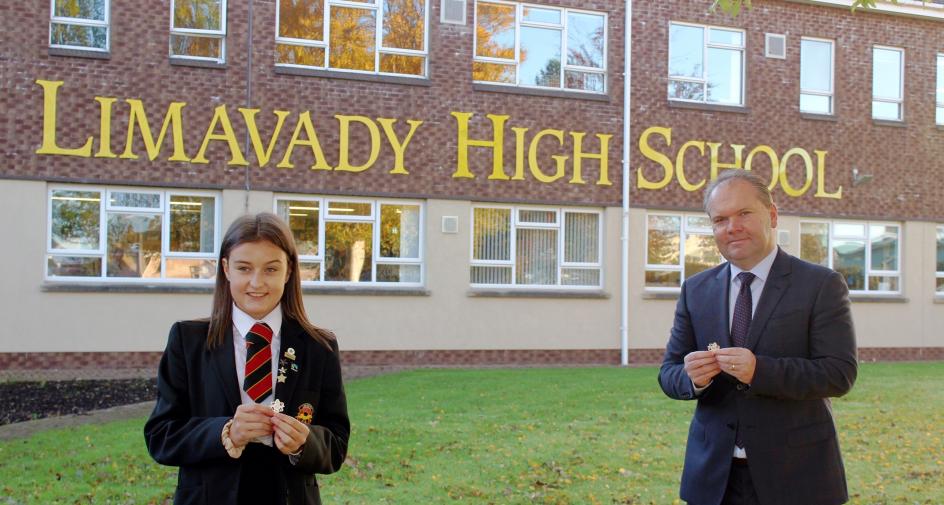 Year 11 pupil, Poppy Miller, was the winner of an online competition to design a special anniversary badge to celebrate 60 years of Limavady High School educating young people in the Roe Valley.

“The colours represent the colours of our school and uniform, and the six people represent six decades.”

“This is a very special year for everyone associated with Limavady High School as we celebrate 60 years of serving Limavady and the wider Roe Valley area.

“We have scheduled a number of events throughout the year.

“As Limavady High School is a child centred school we wanted to involve our current pupil population. We challenged pupils to come up with their own badge design to mark this significant milestone in our history.

“Pupil entries were presented on the school Facebook page for a public vote and Poppy’s design was the winner.

“After recently launching the badge we have had enquiries from the public looking to purchase which is a testament to the thought and preparation that Poppy put into the design”. 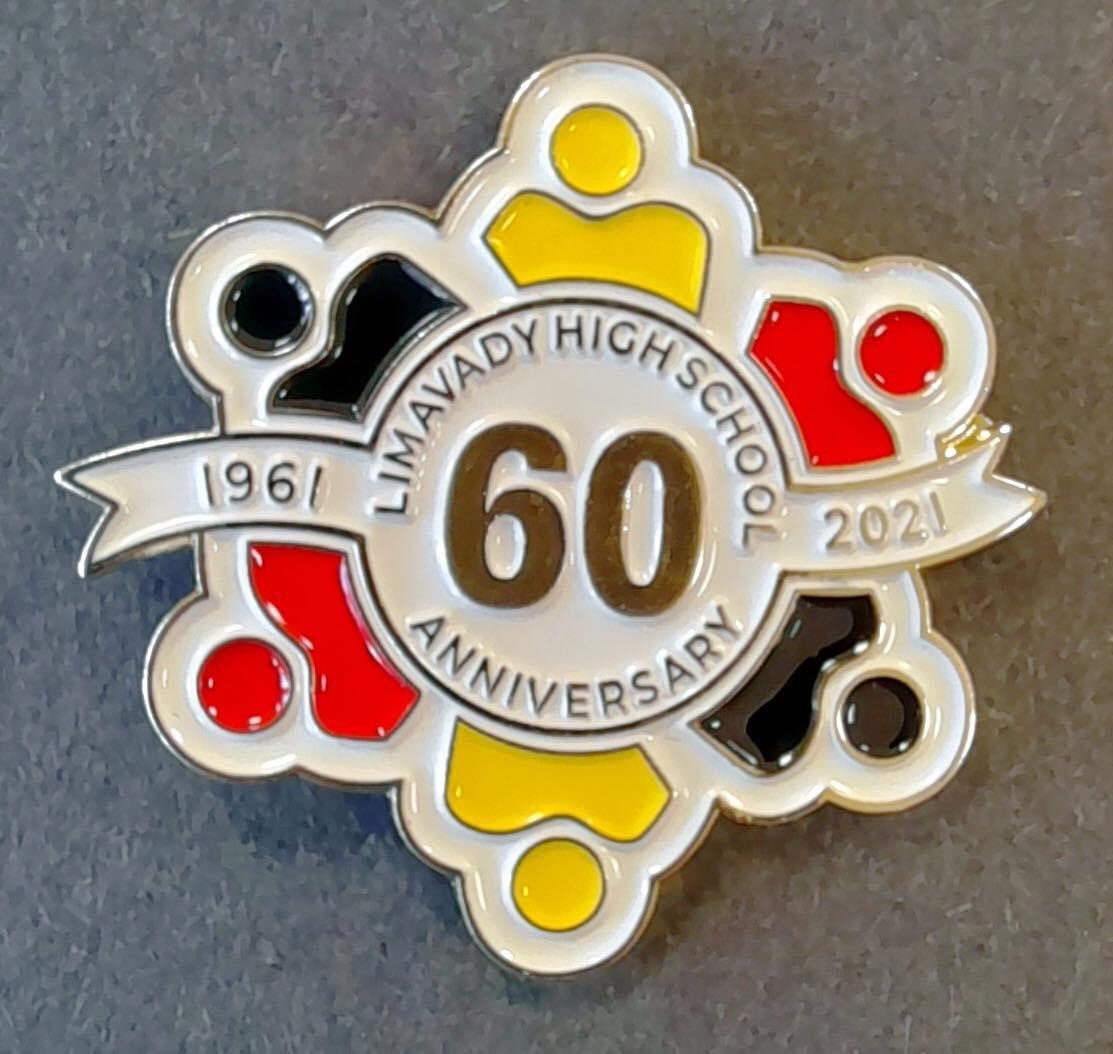