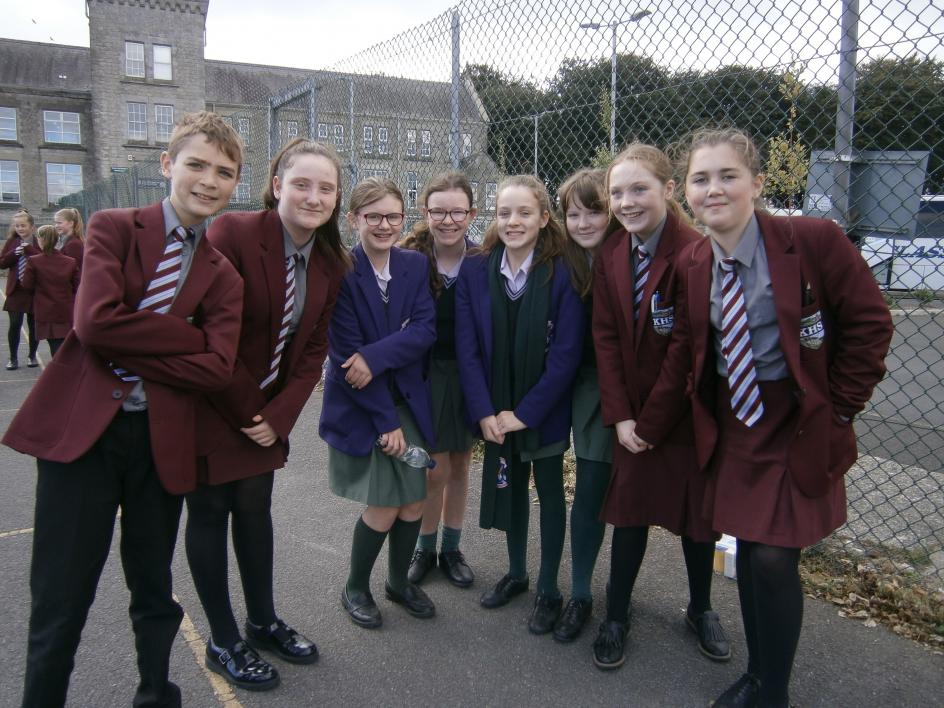 Breaking down barriers, the evolution of sharing - Kilkeel High School

Over 11 years ago Kilkeel High School embarked on its shared education journey with St Louis Grammar school as part of a the Queen’s University Shared Education Programme.

The schools began with the joint provision of two A Level subjects. Although this was the first step towards curricular, formal shared education, the schools had a history of informal sharing. The provision of funding allowed the partnership to develop and build on the existing relationship.

In the 2015/16 school year the schools achieved funding though the Shared Education Signature Project. The appointment of Mr Kincaid as Shared Education Co-ordinator allowed shared education in the schools to develop further. The sixth form programme was expanded and now covers eight subject areas. Pupils regularly visit each other’s schools to take part in shared classes.

Alongside the signature project the schools share in many other areas including a number of afterschool activities, trips, revision classes and career conventions. Mr Coert said “there has been a natural evolution of sharing between our two schools; this was accelerated by the signature project.”

An ETI inspection recommended that the schools should start expanding shared education to other year groups. This work started with year 8 pupils in September 2018. T:BUC funding allowed the schools to run a joint induction programme and 230 pupils from both schools were involved. As part of this programme the ‘Amazing Brains’ study pack was provided to all pupils, a resource the schools would have been unable to fund themselves.

The relationship between the two schools has thrived. Six years ago, before the signature project, St Louis hosted a lunch for Kilkeel High staff and since then there have been a number of joint staff training events and the sharing of resources. Staff also worked together on the new specifications for the GCSE curriculum within departments.

Mrs McAtee discussed the relationships between the two pupil groups involved in shared classes saying, “the students are comfortable and ‘at home’ in each other’s schools. It is a natural part of school life to see two sets of uniforms in the school grounds. The programme has broken down any barriers that existed, pupils can form bonds and find out about each other’s cultures in a respectful and non-threatening way.”

While the partnership has received much support from the community, one recent event led to negative press about the schools’ efforts. Discussing the issue, Mr Coert said “in a project like this there are always going to be challenges about how shared education is perceived. We were overwhelmed with the support we received in the aftermath of this event. The majority of the community are on board and shared education is part and parcel of who we are as a school.”

Mr Coert continued “shared education is a beneficial and worthwhile initiative. It has enhanced the teaching and learning in our school by enabling us to offer more subjects to pupils at sixth form, it has enhanced the resources we have been able to access and it breaks down barriers between staff, pupils and parents in the two schools in a very natural way. It is a journey that hasn’t reached its end.”

“We are very reliant on funding to continue the work. We cannot sustain it within our own budget, and if funding were to stop it would be a backward step for the schools and the community.”