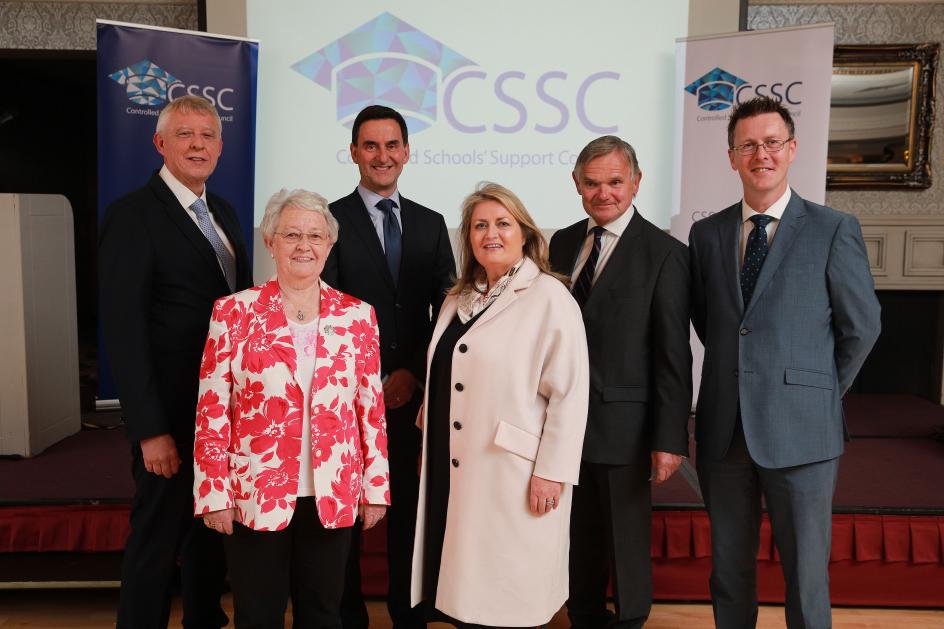 The third Annual General Meeting (AGM) of the Controlled Schools’ Support Council (CSSC) took place on
Thursday 16 May 2019 at 6.00pm in the Glenavon Hotel, Cookstown.

We were delighted that the Permanent Secretary, Derek Baker, and Chief Executive of the Education Authority, Gavin Boyd, joined us to speak and take part in a panel discussion, focused on the challenges facing education.

The Controlled Schools’ Support Council  was officially launched on Wednesday 8 March at its inaugural AGM, at which it also elected its Directors.